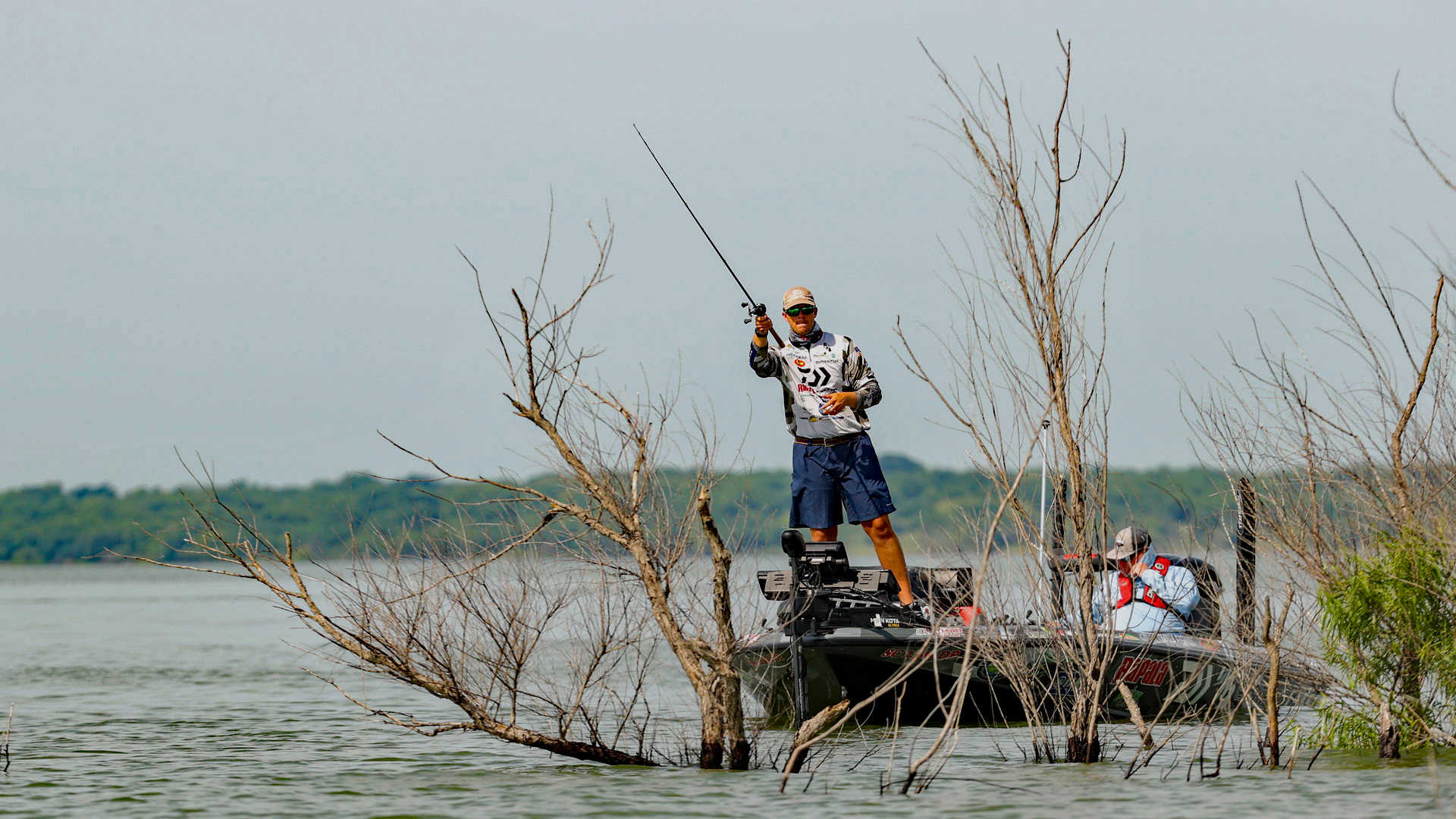 But with the bitter comes the sweet.

In 2021, Lake Fork in Wood County hosted a Bassmaster Elite fishing tournament. Put on by Bassmaster—a prestigious fishing group which focuses on its magazine and its many, many tournaments held throughout the country annually—2021’s tournament was overall a huge success and a fun time for all.

Wood County’s 2021 tournament was part of the “Elite Series,” a group of Bassmaster tournaments described on its website as—well, elite! “The Bassmaster Elite Series is the highest level of professional bass fishing tournaments. Competitors must qualify for the series through the Bass Pro Shops Bassmaster Opens or the B.A.S.S. Nation, and anglers who are already on the Elite Series must re-qualify each year by maintaining enough points throughout the season.”

Regardless of the level of “difficulty” required to enter the contest (or perhaps because of it), these tournaments generate a large number of viewers, attendees, and financial revenue every year. In 2021 alone, for instance, the Wood County, Texas event accrued almost $1,000,000 of economic impact. Rolled in from media coverage, attendees, and TV views (among other things), the money generated by the tournament boosted local businesses to create a beneficial wave effect for all of Wood County.

This high amount of money was not alone in its effect, however. Additionally, the event brought in astounding social media and online metrics, with a new tournament record of 18 million minutes streamed, an all-time record for BassTrakk page views with almost 3 million, and 15.5 million social media “impressions” (i.e., the number of times the content was seen on social media).

This phenomenal event, which brought untold attention, business boosts, money, and fun to Wood County, is coming here again! In May 2022, the Bassmaster Elite will once again grace the shores of Lake Fork. Why Lake Fork? Because, interestingly, this beautiful lake (which is enormous: 42 square miles, or more than 27,000 acres) has been named the premier bass fishing lake in the country by Bassmaster Magazine!

According to the Texas Parks & Wildlife Department, “More than 65% of the Texas Top 50 largest bass (including the current state record) and more than half of those entered in the Toyota ShareLunker Program were caught from Lake Fork.”

Known for producing giant bass (the largest of which was 18.18 pounds and 25.50 inches long), crappie, and catfish, the lake is as productive as it is beautiful.

From May 19 to 22, beautiful Lake Fork will once again host the Simms Bassmaster Elite Tournament. Attendance is open to the public and is free of charge. While the festival itself is held only on the last two days of the event (May 21 and 22), it will be well worth it to attend: Events planned for the fun-filled weekend include vendors, a 5K race, prizes, a bicycle rodeo, a concert by Wood County’s own Bobby Irwin and a concert featuring The Bellamy Brothers, a gun raffle, and more.

“The value of hosting events like this one is often grossly underestimated,” said Jennifer Stoll, the principal of Stoll Strategies (a company which focuses on providing insights and strategies to sports events/tourism).“Given the plethora of media channels and social engagement in this day and age, cities and counties that host such events can benefit exponentially, simply through exposure to the global community and an influx of visitor spending related to the event.”

The 2022 Simms Bassmaster Elite Tournament will be an amazing getaway weekend of “fishing, food, and fun for the whole family!” Visit LoveWoodCounty.com/bassmaster for a more detailed schedule of events.