Wood County is home to a number of truly beautiful and unique historical residences. Each of these East Texas beauties has an exceptional story behind it, guaranteed to bring you right back to the “good old days!” With their fascinating histories and breathtaking properties, these Wood County homes are definitely worth a visit. 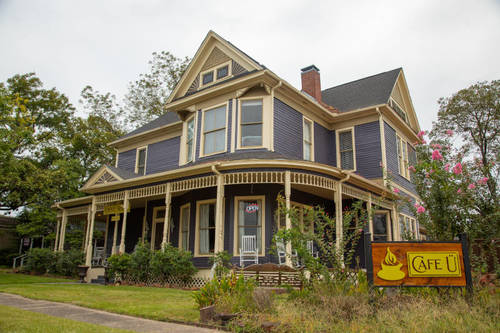 First is Munzesheimer Manor, built in Mineola, Texas in 1898. This unique Victorian property has been renovated several times and has been used for different purposes, among them a home, a bed and breakfast, and now a trendy café and coffee shop.

What used to be a bed and breakfast has recently become Mineola’s popular Café Ü, a small café which offers standard and upscale versions of drinks such as coffees, teas, and lemonades; various muffins and pastries for breakfast; and sandwiches, soups, and salads for lunch. The antique furniture in the house was acquired over time, coming from different East Texas places to complement the 1890s atmosphere of the historical Mineola home.

Two of the upstairs rooms are even available for event functions such as baby showers, high teas, and parties. With its comfortable couches, antique wooden furniture, beautiful fireplace, and trendy decorations, the historic Munzesheimer Manor is positively a gem. 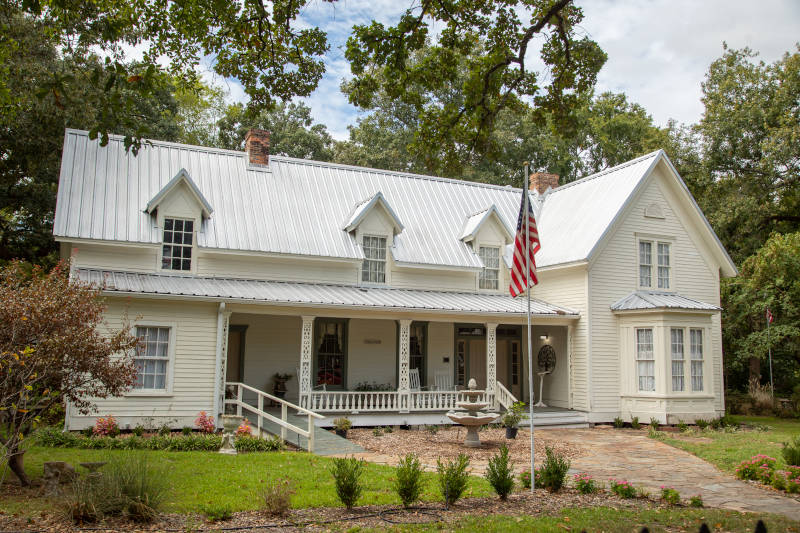 Next, we have the Stinson House in Quitman, Texas. This property is truly extraordinary in that, although the house is no longer lived in, it gives every visitor a truly amazing sense of stepping straight back into the 1870s, when the house was originally built.

Situated in the middle of Governor Jim Hogg City Park, this beautifully preserved and fenced-in historic home is available for all curiosity-seekers to look over at their own pace, although it is also open for tours (Wednesdays from 9:00 a.m. to noon and by appointment) and event rentals.

Visitors are encouraged to sit on the extensive front porch, which is perfect for those wishing to relax in the down-home rocking chairs, enjoy the beautiful gardens and Wood County-based virgin pine and hardwood of the historical home, or explore the gardens and bridges situated around this East Texas house.

The property around the house itself is open for those who wish to peruse it at any time. Filled with gorgeous wooden bridges, a gazebo, small but rolling hills and valleys, and enormous trees, this is a yard worth exploring. The gardens around the historical house also boast several varieties of beautiful trees and flowers.

The history of the Stinson House, however, is equally as important as its beauty. The historical home’s original property was bought and built on by James Stinson, a wealthy lumberman who later became influential in the East Texas community for selling lumber across the state. In 1874, Stinson’s daughter, Sallie married Jim Hogg, Texas’ first native-born governor, in the house itself. Jim and Sallie’s daughter, Ima later played a critical role in moving the house to where it now sits in Governor Hogg Park.

Whether you are looking to tour this beautiful home, rent it for a wedding or other function, or just need to use the restroom (this historical home has a renovated bathroom open to the public to the side of the front porch), the Stinson House is the place to visit. 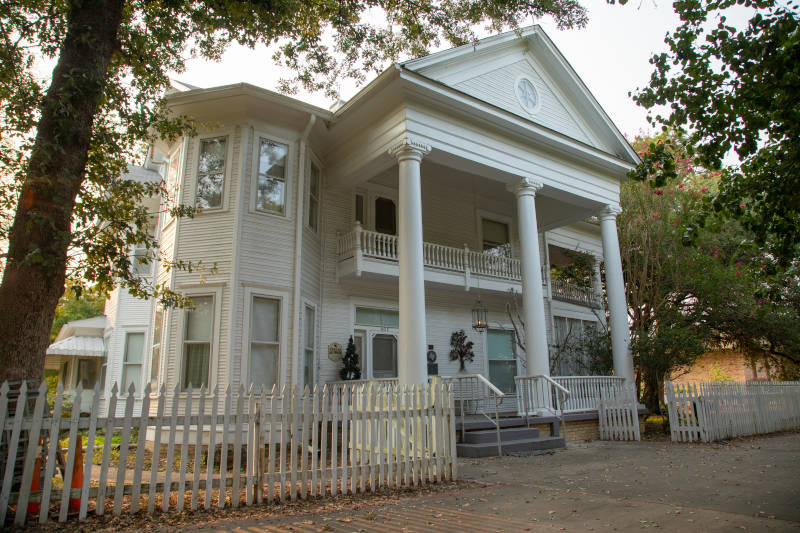 Wood County also boasts the Marcus DeWitt Carlock House in Winnsboro, Texas. This historic home has the honor of being the first property in Winnsboro to be on the National Register of Historic Places; it is also a Recorded Texas Historic Landmark.

Built in 1903 and made of lumber hand-picked by Marcus Carlock himself, this East Texas house is a two-story, late Victorian beauty. The property is also unique in that only minor changes have been made to the house since its original construction.

While the original property attached to the house had boasted more than 20 acres, over time, parcels were sold out as a neighborhood formed around the historic home. The house now has two acres attached, on which sit the house and what used to be the carriage house but is now an apartment.

In 1996, the last surviving Carlock heir sold the Marcus DeWitt Carlock House to a Winnsboro native, who renovated the house into a bed and breakfast operating under the name Oaklea Mansion. An interesting peculiarity about this house is that it is actually rumored to be haunted. According to April Slaughter in her book Ghosthunting Texas, she and her husband stayed the night and felt “ that they were not the only guests of the Oaklea Mansion.” This is a truly beautiful and historic home. 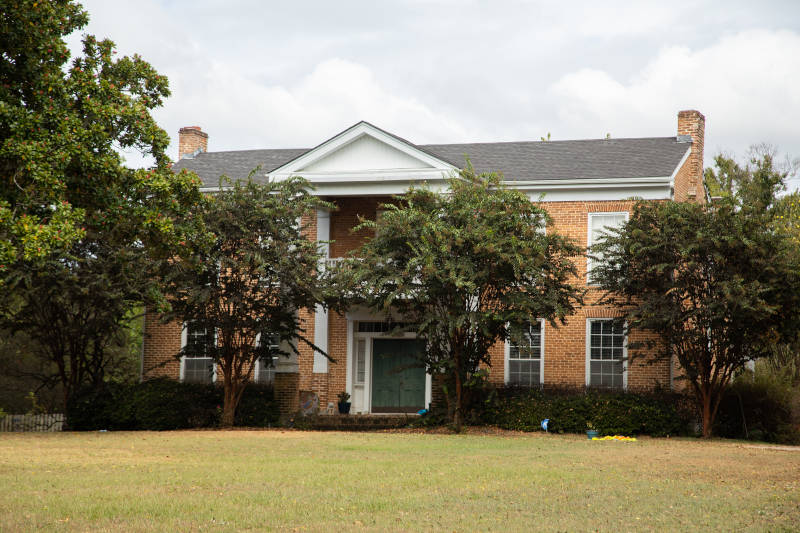 Lastly, the Collins-Haines Home in Quitman, Texas truly comes alive to the viewer as the unique story of Civil War-era settlers from Mississippi.

This historic home, which holds the honor of being the first brick structure erected in Wood County, was built in 1860 in the Greek revival style. Interestingly, the bricks were hand molded and cast near Quitman; the furniture, too, was hand carved and brought to the house by James. A Collins (the then-owner) and his slaves.

Only 10 years after the Collinses built the home, it was purchased by George W. Haines, the ancestor of its current owners. Set on nearly three acres, this gorgeous, two-story East Texas home has a second-story balcony, sunroom, parlors, five fireplaces, and genuine antique furniture. The property also features a carriage house with an upstairs apartment.

According to the historical marker, Confederate troops marched past this very house in their quest to fight for the cause of the South during the Civil War. The Collins-Haines home, although not currently available for tour, certainly still has the “feel” of a real Old South plantation home.

To learn more about these and the other truly amazing and beautiful Wood County historic homes, check out the National Register of Historic Places listings for Wood County, Texas.