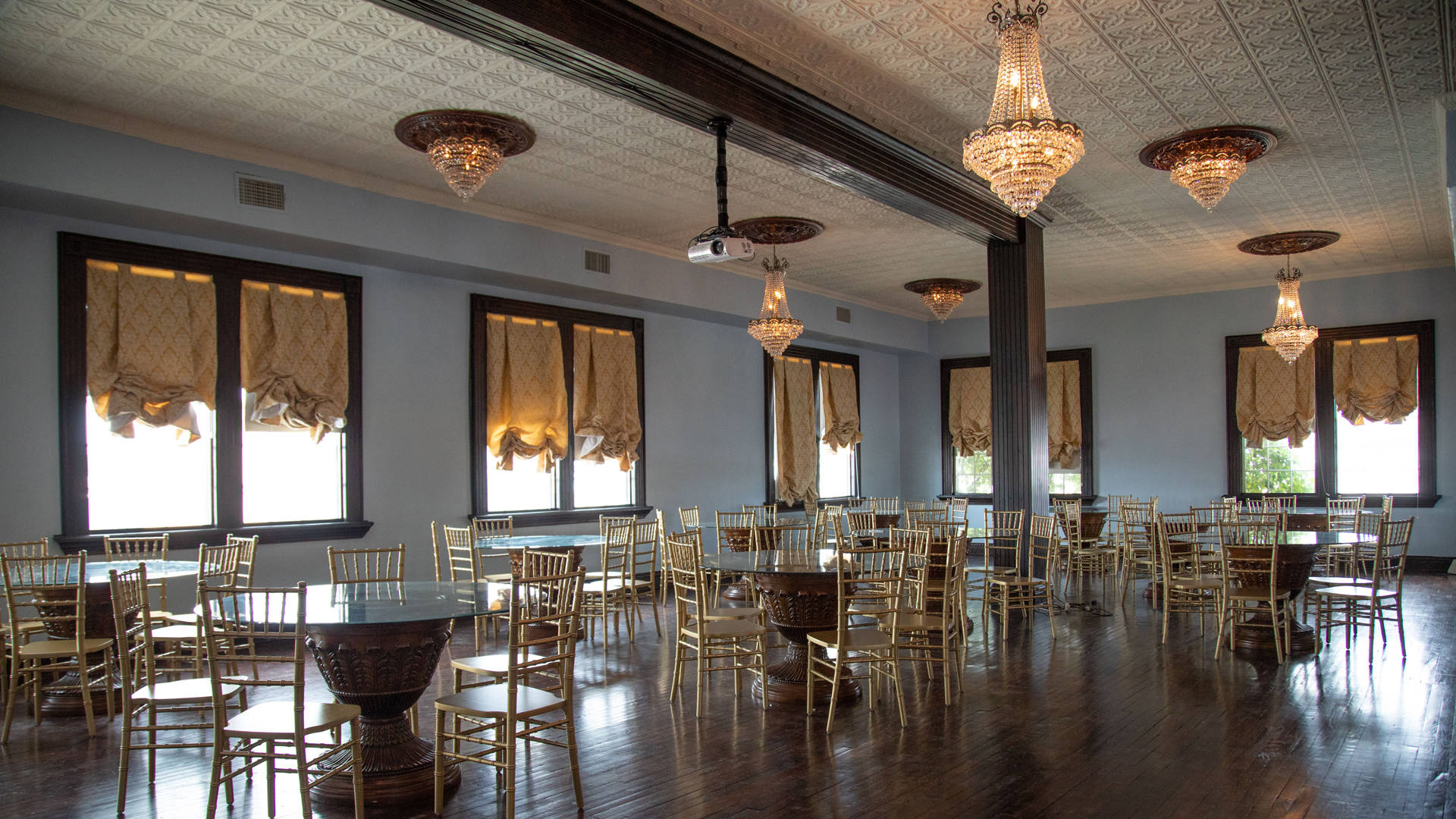 The charming East Texas town of Mineola is known far and wide for a variety of reasons, not the least of which is the fact that Mineola and nearby Golden, Texas are the childhood stomping grounds of country music superstar Kacey Musgraves. But Mineola is also home to an arguably lesser-known, yet intriguing legend: A fascinating historic building named the Beckham Hotel & Ballroom.

Originally constructed in 1892, the Beckham Hotel has a storied past. The building that now houses the hotel was originally used as a boarding house in the 1890s. It was later purchased by Colonel J.L. Beckham in the 1920s as one of three “Texas railroad hotels” strategically located in Abilene, Greenville, and Mineola.

After serving as an active hotel for railroad personnel, cattlemen, loggers, and other travelers through East Texas for several decades (and curated by a number of different owners), the building went unused for a number of years.

Tough Times for the Beckham

Following the Great Depression, a number of investors expressed interest in acquiring the Beckham, and the building changed hands several times and served several different purposes over the following decades. But after two devastating fires, none of the owners were successful in restoring the structure to the point where it could be reopened for business as a hotel.

The building sat empty for a number of years. But finally, in 1989, the Beckham was purchased by legendary guitarist, songwriter, and music teacher, John DeFoore,159708). DeFoore opened a small studio on the ground floor of the hotel, where he taught some of his more famous students to play the guitar and write songs, including Miranda Lambert and Kacey Musgraves.

For 17 years, DeFoore also oversaw the “Piney Woods Pickin' Parlor” in the hotel, which served as the venue for numerous musical events. He also launched the DeFoore Music Institute in the Beckham.

In late 2019, everything changed when Chris and Sarah Butler, who were visiting Wood County from Farmersville, happened across the Beckham Hotel while shopping in Mineola. They immediately fell in love with the architecture and the stories about the historic building and felt a calling to bring it back to life. So they bought the hotel from the owners at the time, Ron and Connie Meissner.

Over the next two years, Chris and Sarah invested hundreds of thousands of dollars in renovating the Beckham from top to bottom, with the ultimate goal of bringing the boutique hotel back to its original glory. Now their financial investments and labor of love are about to bear fruit, as they prepare in the very near future to welcome the hotel's first overnight guests in more than 50 years.

Sarah was quoted as saying, “In the meantime, the Beckham Ballroom is open during this restoration and is hosting events like the Annual Beckham Bridal Show, luncheons, parties, weddings, and receptions.” She added, “We have received such amazing support, and so many people want to see us succeed.”

An Old Hotel with Renovated Amenities

Some of the more notable features of the newly reborn Beckham Hotel will include:

• Total of 20,000 square feet on three floors
• 22 guest rooms on the second and third floors, most with shared bathrooms; a few have private bathrooms
• Most rooms have queen beds; some have king beds, and a few have twin beds
• Some of the bathrooms feature original tiled floors
• Original terrazzo floors throughout the first level
• Majestic antique chandeliers in the lobby and ballroom
• Grand staircase, bullet-hole-ridden antique phone booth, and baby grand piano in the lobby
• Ballroom features the oldest “floating” dance floor in Texas
• Walk-in vault now serves as an upscale wine cellar and humidor for fine cigars
• Beautiful bar featuring unique selections of beer, wine, and spirits
• Private 1,400-square-foot patio for enjoying food and cocktails outside

One last (but definitely not least) observation: The Beckham Hotel has for many years been rumored to be haunted by several spirits. According to Haunted Places, “This 1880s hotel building is said to be haunted. One ghost, called Elizabeth, wears a long dress and often carries a parasol. Reports say she is most often seen on the stairs on Mondays at about 3:00 a.m. She is said to have fallen down the stairs to her death.”

“Another spirit believed to be here is a young girl about 10 years old who looks through the glass doors toward the restaurant.”

“A third apparition spotted here is that of a gambling man who walks in the upstairs halls. He is thought to be either a man who committed suicide in the lobby in the 1940s or another man who was killed in the 1930s during a poker game on the third floor.”